’Tis the Season to Stay Tuned to PBS

ARLINGTON, VA; NOVEMBER 8, 2012 -- Singers, dancers, actors, musicians — even animals and animations — bring joy to PBS audiences throughout December and into 2013. Acclaimed actress Jane Seymour and baritone Nathan Gunn join the Mormon Tabernacle Choir in a Christmas special, the Cat in the Hat helps a lost reindeer find his way home in the first-ever Cat in the Hat Christmas special, ANTIQUES ROADSHOW surveys gift items that turned out to be memorably valuable and beloved songstress Julie Andrews returns for the fourth time to host the New Year’s Day festivities in Vienna. In the finale of “Downton Abbey, Season 2,” the noble and notable Crawleys and their staff celebrate Christmas and New Year’s as the conclusion of that series prepares the way for the highly anticipated premiere of season three on January 6, 2013.

“PBS celebrates the holidays with inspiring music, drama and even nature,” said Sr. Vice President and Chief TV Executive John F. Wilson. “We wish all of our viewers a joyous holiday season and hope they find a bit of respite from busy lives with these entertaining specials.”

Following, in broadcast order, are the new and encore programs that salute the holiday season:

A Louis Comfort Tiffany necklace from a husband or a Fender bass guitar as a birthday present — these memorable gifts turned out to be valuable and interesting items. “Greatest Gifts,” filled with appraisals featuring items that guests received as presents, will have you writing your own holiday wish list.

This program celebrates the joy and traditions of Christmas with the renowned choirs of Luther College in Decorah, Iowa. Holiday music, 500 choristers, a symphony orchestra, thousands in the audience and glowing candlelight capture the wonder and joy of the season as Luther College’s internationally acclaimed musicians mark 32 years of sharing the seasonal gift of music with their annual Christmas concert.

In this riveting special, DOWNTON ABBEY REVISITED, savor great moments from the series’ first two seasons, along with cast interviews, rare behind-the-scenes footage and a sneak peek at what’s in store for the Crawleys as they enter the Roaring Twenties. What will become of Bates? What new mischief will villainous footman Thomas and scheming lady’s maid O’Brien instigate? Will wedding bells finally ring? And how will the formidable Dowager Countess (Dame Maggie Smith) handle the arrival of Lady Grantham’s American mother (Shirley MacLaine)?

The New York Philharmonic rings in 2013 with this festive New Year’s Eve celebration, a perennial PBS tradition. This year features an all-star celebration of the life and work of Marvin Hamlisch.

Always one of GREAT PERFORMANCES’ “favorite things,” the cherished tradition of ringing in the New Year with special host Julie Andrews and the Vienna Philharmonic continues. With guest conductor Franz Welser-Möst wielding the baton at the opulent Musikverein, the program features everyone’s favorite Strauss Family waltzes and the dancers of the Vienna City Ballet. In addition to the Musikverein setting, the broadcast features a range of picturesque Vienna landmarks.

Why has the Broadway musical proven to be such fertile territory for Jewish artists of all kinds? From Broadway’s golden age, names like Irving Berlin, Jerome Kern, the Gershwins, Arthur Laurents, Jerome Robbins, Leonard Bernstein and Stephen Sondheim immediately come to mind. More recently, Broadway babies such as Stephen Schwartz, Marc Shaiman and Andrew Lippa represent a sampling of the Jewish talents who continue to leave their mark on musical theater. Filmmaker Michael Kantor focuses on this central question left largely unaddressed in his Emmy-winning BROADWAY: THE AMERICAN MUSICAL, combining interviews with performance footage, including many of the rousing anthems and timeless ballads America has loved for a century.

THE CAT IN THE HAT KNOWS A LOT ABOUT CHRISTMAS!   Premieres Wednesday, November 21, with encore presentations in November and December 2012 (check local listings)

Sure to be a holiday favorite for years to come, this adventure finds the Cat in the Hat, Nick and Sally on a journey around the world to help a lost reindeer find his way home to Freezeyourknees Snowland in time for Christmas. On the way, the Thinga-ma-jigger breaks down and they depend on a variety of animals — from African bush elephants to bottlenose dolphins to red crabs — and their remarkable abilities to help them make an amazing journey home. With gorgeous animation and pull-out-all-the-stops musical numbers, THE CAT IN THE HAT KNOWS A LOT ABOUT CHRISTMAS! will have families singing and celebrating all season long.

This concert is a musical celebration of the winter holiday season, a time when families gather round hearth and home to keep their spirits warm and bright. Jay Ungar and Molly Mason are best known for “Ashokan Farewell,” the musical centerpiece of the Grammy Award-winning score of THE CIVIL WAR series, and other frequent collaborations with Ken Burns. In this new PBS special, produced and directed by four-time Emmy award winner Jim Brown, the Jay Ungar & Molly Mason Family Band is accompanied by the University of Mary Washington Philharmonic Orchestra conducted by Dr. Kevin P. Bartram.

“Hello New Year, Goodbye Moon”: It’s New Year’s Eve! While the Botsfords celebrate with the greatest party ever, Dr. Two Brains is planning to turn the moon into cheese. Will the new year begin with Two Brains acting on his resolution to feast on a cheesy moon or will WordGirl be able to stop him in time?

“Art in the Park”: Becky agrees to help Violet with her poetry/painting/music performance. Meanwhile, Mr. Big has turned into a self-help guru, touting a good kind of mind control. Can Becky help out her best friend while finding out the truth behind Mr. Big’s big ruse?

Celebrity chef, author and restaurateur Lidia Bastianich celebrates culture through food. Join her for an Italian Christmas Eve Feast of the Seven Fishes with actors Mo Rocca and Stanley Tucci; a Mexican-American Christmas Day with four generations of the Cortez family in San Antonio, Texas; a Chinese New Year feast and celebration with the Fong-Torres family; and a Jewish-American Passover seder with the Russ family of the famed specialty shop Russ and Daughters and food author Ruth Reichl.

As snow falls and Christmas lights glow in Jackson Hole, a holiday season of a different sort settles in just beyond the town, in the great winter world of Yellowstone. Breathtaking landscapes frame intimate scenes of wolves and coyotes, elk and bison, bears and otters as they make their way through the most challenging season of the year. NATURE journeys in the footsteps of the men who first explored the park, and travels with their modern-day counterpart on his own journey of discovery. From the unique crystals of individual snowflakes to the grand sweep of Yellowstone’s Hayden Valley, this is a Christmas like no other.

In the finale of season two, the family gathers for Christmas and New Year’s Eve celebrations, the festivities overshadowed by Bates’ trial. Tensions between Mary and Richard escalate, Rosamund considers a suitor’s proposal, Daisy agrees to be “adopted” and Thomas gets up to his old tricks. At the annual servants’ ball, Downton residents, upstairs and down, dance together.

Everyone’s favorite aardvark gives kids a new spin on seasonal traditions in his first one-hour primetime special, showing children many ways to celebrate “the holidays.” Plans are underway in Elwood City for the best holidays ever as Arthur, D.W., their family and friends make preparations for perfect gifts, perfect parties and perfect family traditions for Christmas, Hanukkah, Kwanzaa and even “Baxter Day” (Buster and his mom’s special celebration). The only problem is, just as in real life, perfection is hard to attain and things start to fall apart.

In A VERY MONKEY CHRISTMAS, Curious George and the Man with the Yellow Hat are having a wonderful time getting ready for Christmas. There’s only one dilemma — neither of them can figure out what to give the other for a present! In the end, both gift-giving predicaments are simply and beautifully resolved, revealing the true spirit of the holiday season. 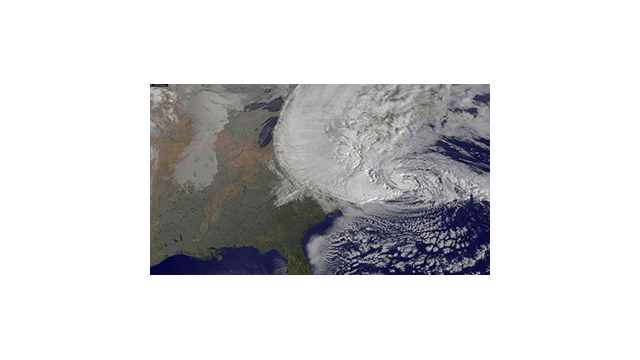