A Landmark Documentary Event by Ken Burns and Lynn Novick

Beginning Tuesday, October 3, the series will re-air on a weekly basis through November 28, at 9:00 p.m. ET (check local listings).

On September 17, concurrent with the broadcast premiere, the first five episodes of THE VIETNAM WAR will be available for streaming on all station-branded PBS platforms, including PBS.org and PBS apps for iOS, Android, Roku, Apple TV, Amazon Fire TV and Chromecast, and the final five episodes will be available beginning September 24. All episodes will remain accessible until October 3, when the series begins its weekly rebroadcast. During the rebroadcast period, each episode will be available to stream for two weeks. PBS station members with Passport, a benefit for donors, offering extended access to a rich library of public television programming can view the entire series (all 10 episodes) beginning September 17 (contact your local PBS station for details).  The series will also be available in Spanish and Vietnamese on streaming.

A trailer for the film is available here.

In an immersive narrative, Burns and Novick tell the epic story of the Vietnam War as it has never before been told on film. THE VIETNAM WAR features testimony from nearly 80 witnesses, including many Americans who fought in the war and others who opposed it, as well as Vietnamese combatants and civilians from both the winning and losing sides (see clips here).

“The Vietnam War was a decade of agony that took the lives of more than 58,000 Americans,” Burns said. “Not since the Civil War have we as a country been so torn apart. There wasn’t an American alive then who wasn’t affected in some way — from those who fought and sacrificed in the war, to families of service members and POWs, to those who protested the war in open conflict with their government and fellow citizens. More than 40 years after it ended, we can’t forget Vietnam, and we are still arguing about why it went wrong, who was to blame and whether it was all worth it.”

“We are all searching for some meaning in this terrible tragedy. Ken and I have tried to shed new light on the war by looking at it from the bottom up, the top down and from all sides,” Novick said. “In addition to dozens of Americans who shared their stories, we interviewed many Vietnamese on both the winning and losing sides, and were surprised to learn that the war remains as painful and unresolved for them as it is for us. Within this almost incomprehensibly destructive event, we discovered profound, universal human truths, as well as uncanny resonances with recent events.”

Ten years in the making, the series brings the war and the chaotic epoch it encompassed viscerally to life. Written by Geoffrey C. Ward, produced by Sarah Botstein, Novick and Burns, it includes rarely seen, digitally re-mastered archival footage from sources around the globe, photographs taken by some of the most celebrated photojournalists of the 20th century, historic television broadcasts, evocative home movies, and revelatory audio recordings from inside the Kennedy, Johnson and Nixon administrations.

THE VIETNAM WAR features new, original music written and recorded by Academy Award-winning composers Trent Reznor and Atticus Ross. The film also features new music arranged and performed by Grammy Award-winning cellist Yo-Yo Ma and The Silk Road Ensemble. It is the first time Burns and Novick have worked with Reznor and Ross, as well as with Ma and The Silk Road Ensemble.  Additional music in the film was composed by David Cieri and Doug Wamble, both of whom are longtime collaborators with Florentine Films.

“Ever since THE CIVIL WAR, Ken and Lynn have been behind some of the most important documentary films ever shown on television, films that have in fact made television history and created national conversations around who we are as Americans,” said Beth Hoppe, Chief Programming Executive and General Manager, General Audience Programming, PBS. “THE VIETNAM WAR stands out as an unmatched documentary achievement about one of the most transformative periods in modern American history. Through our comprehensive broadcast and streaming schedules, as well as our outreach efforts, our goal is to reach as many people as possible to spark a national discussion about the issues raised in the series, in a way that only public television can.”

The film will be accompanied by an outreach and public engagement program, providing opportunities — facilitated by public television stations — for communities to participate in a national conversation about what happened during the Vietnam War, what went wrong and what lessons are to be learned. In addition, there will be a robust interactive website and an educational initiative designed to engage teachers and students through multiple platforms, including PBS LearningMedia.

Viewers are encouraged to join the conversation: #VietnamWarPBS

THE VIETNAM WAR rounds out a trilogy of Florentine Films’ exploration of American wars that began with Burns’s landmark series, THE CIVIL WAR (1990), followed by Burns and Novick’s acclaimed seven-part series about the World War II, THE WAR (2007).

Accompanying the series will be a companion book — written by Geoffrey C. Ward, with an introduction by Ken Burns and Lynn Novick — that will be published by Alfred A. Knopf, Burns’s longtime publisher, on September 5.

THE VIETNAM WAR will be available on Blu-ray and DVD on September 19, 2017 from PBS Distribution at shopPBS.org.  The DVD and Blu-ray extras include a 45-minute preview program, two special segments on the contemporary lives of two of the program’s participants, and deleted scenes. The series will also be available for digital download.

Members of The Better Angels Society:

About WETA
WETA Washington, DC, is one of the largest producing stations of new content for public television in the United States. WETA productions and co-productions include PBS NewsHour, Washington Week, The Kennedy Center Mark Twain Prize, The Library of Congress Gershwin Prize for Popular Song, Latino Americans and The Italian Americans; documentaries by filmmaker Ken Burns, including The Civil War, Baseball, The National Parks: America’s Best Idea, The Roosevelts: An Intimate History and The Vietnam War; and productions by Harvard scholar Henry Louis Gates, Jr., including Finding Your Roots with Henry Louis Gates, Jr. (Season Three), Black America Since MLK: And Still I Rise and Africa’s Great Civilizations. WETA presentations include Martha Stewart’sCooking School, Pati’s Mexican Table, Sara’s Weeknight Meals, Globe Trekker and Daniel Tiger’s Neighborhood. Sharon Percy Rockefeller is president and CEO. The WETA studios and administrative offices are located in Arlington, Virginia. More information on WETA and its programs and services is available at www.weta.org. On social media, visit www.facebok.com/wetatvfm on Facebook or follow @WETAtvfm on Twitter. 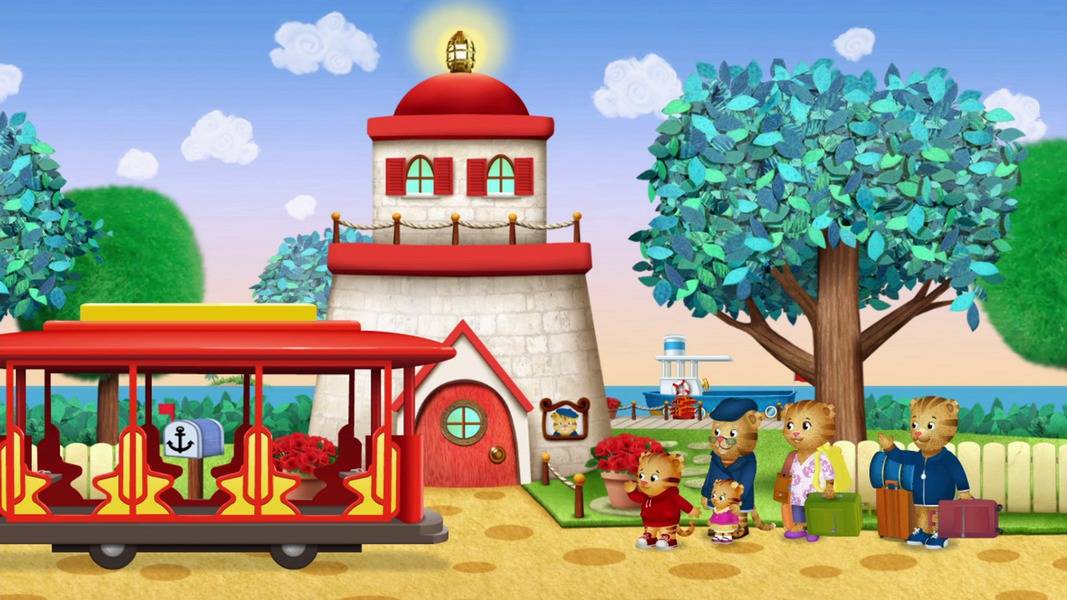