New York – June 1, 2011 –The Adobe and PBS Foundations, together with the PBS series POV, are pleased to announce that 15 projects by 22 teen filmmakers will receive grants from Project VoiceScape, a collaboration between the Adobe Foundation’s global signature philanthropy program Adobe Youth Voices and POV, public television’s longest-running showcase for independent nonfiction films.

Project VoiceScape encourages middle- and high-school students nationwide to use digital media tools to create compelling stories about issues and concerns important to them. The 15 winning projects will be awarded $2,000 each in completion funds, and the students will be mentored by award-winning documentary filmmakers. In addition, three finalists will be selected and featured on the POV website (www.pbs.org/pov), PBS Teachers website (www.pbs.org/teachers), and Adobe Foundation websites (www.youthvoices.adobe.com). Project VoiceScape grant recipients will be honored at an event in Washington, D.C., in October 2011 (details to be announced).

“Project VoiceScape received 250 applications, with program content ranging from immigration to the environment, identity, disabilities and women’s history,” said POV Executive Vice President Cynthia Lopez. “It was clear to the editorial committees that these young people are on the pulse of what is important in today’s society. The choice was a difficult one, but we are thrilled to announce the 15 films selected for completion, and look forward to mentoring the next generation of documentary filmmakers producing innovative work for public media.”

“We salute these students — their passion to create and speak out on important issues will be an inspiration to youth all over the world,” said Adobe Youth Voices Senior Manager Miguel Salinas. “Empowering youth to create with purpose using digital media tools is at the heart of our mission.  We’re proud to be partnering with the PBS Foundation and POV to continue this important work.”

POV, recognized internationally for its rigorous editorial selection process of outstanding nonfiction films, employed a two-tiered process of outside review to evaluate the 250 Project VoiceScape submissions. From these, 60 film proposals were selected. A five-member editorial committee of noted filmmakers, educators and media-literacy experts then screened the works and selected 30 films for final review. POV’s editorial team selected the finalist projects to receive grants.

Produced by American Documentary, Inc. and beginning its 24th season on PBS in 2011, the award-winning POV is the longest-running showcase on American television to feature the work of today's best independent documentary filmmakers. POV, which airs June-September with primetime specials during the year, has brought more than 300 documentaries to millions nationwide. Since 1988, POV has pioneered the art of presentation and outreach using independent nonfiction media to build new communities in conversation about today's social issues. More information is available at www.pbs.org/pov.

American Documentary, Inc. (AmDoc) is a multimedia company dedicated to creating, identifying and presenting contemporary stories that express opinions and perspectives rarely featured in mainstream media outlets. AmDoc develops collaborative strategic-engagement activities around socially relevant content on television, online and in community settings. These activities are designed to trigger action, from dialogue and feedback to educational opportunities and community participation. More information is available at www.amdoc.org.

PBS, with its nearly 360 member stations, offers all Americans — from every walk of life — the opportunity to explore new ideas and new worlds through television and online content. Each month, PBS reaches 124 million people through television and 20 million people online, inviting them to experience the worlds of science, history, nature and public affairs; to hear diverse viewpoints; and to take front row seats to world-class drama and performances. PBS’ broad array of programs has been consistently honored by the industry’s most coveted award competitions. Teachers of children from pre-K through 12th grade turn to PBS for digital content and services that help bring classroom lessons to life. PBS’ premier children’s TV programming and its website, pbskids.org, are parents’ and teachers’ most trusted partners in inspiring and nurturing curiosity and love of learning in children. More information about PBS is available at pbs.org, one of the leading dot-org websites on the Internet, or by following PBS on Twitter, Facebook or through our apps for mobile devices. Specific program information and updates for press are available at pbs.org/pressroom  or by following PBSPressroom on Twitter.

Adobe Youth Voices is the Adobe Foundation’s global philanthropic initiative that empowers youth from underserved communities with digital media skills so they can comment on their world, share their ideas and take action on issues that are important to them. By harnessing the energy and insight of youth 13-19 years old, Adobe Youth Voices aims to inspire a dialogue for change in their communities. The program engages youth to express themselves through documentary videos, photography, print media, radio diaries, animation, Web communications and other media. Since 2006, the Adobe Youth Voices global network has grown to more than 700 sites, grantees and organizations in 45 countries, and has engaged more than 76,000 youth and 4,000 educators in schools and out-of-school programs. For more information, visit www.youthvoices.adobe.com.

About the Adobe Foundation

The Adobe Foundation is a 501(c)(3) private foundation created and funded by Adobe Systems Incorporated to leverage human, technological and financial resources to drive social change and community improvements. 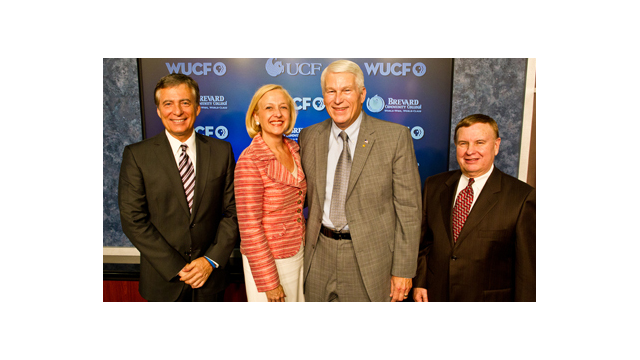