ARLINGTON, VA; APRIL 2, 2013 – Two winners were announced today in the second-annual PBS Online Film Festival.  "Live Art," a groundbreaking educational program and concert film – created and led by the School of the Performing Arts in Richmond, Virginia and presented by PBS member station WCVE – took the “People’s Choice” top prize honors.  The documentary “The Story of An Egg,” which reveals the real meaning behind grocery-store terms such as “cage free” and was presented by Independent Television Service (ITVS) and member station KQED in San Francisco, was the most viewed of the 25 short films screened online.  During the three-week Festival, entries were streamed 350,000 times, an average weekly increase of nearly 55% over the 2012 Festival.  Viewers voted for their favorite film from March 4-22.

“We were delighted with the depth of the films we were able to showcase and share with new audiences during the Online Film Festival,” said Jason Seiken, PBS SVP and General Manager, Digital.  “‘Live Art’ and ‘The Story of an Egg” are excellent examples of important topics delivered in unique and compelling ways.  The Festival demonstrates that PBS is a home for high-quality, unique films, both online and on-air.  PBS can elevate rich content through its powerful digital platforms and reach viewers who may not otherwise experience it.”

“Live Art” documents a groundbreaking 20-week inclusive performing arts experience for children with and without developmental disabilities and hearing impairments that culminates in an on-stage performance with professional musicians.  Filmmakers Martin Montgomery and William Gaff are recipients of regional Emmy Awards and nominations.  A new interview with Montgomery and Gaff can be found here [hyperlink].

In “The Story of an Egg” poultry farmers David Evans and Alexis Koefoed explain industry terms such as “cage free," “free range,” and “pasture raised,” so that consumers can make informed decisions about dairy and poultry choices when they go to their local supermarket.  The film was directed by filmmaker, photographer and writer Douglas Gayeton, whose multimedia work aims to explore ideas behind agriculture.

More information about the PBS Online Film Festival can be found at pbs.org/filmfestival.  The Festival is also on Twitter at #PBSolff.

About PBS
PBS, with its over 350 member stations, offers all Americans the opportunity to explore new ideas and new worlds through television and online content. Each month, PBS reaches nearly 120 million people through television and nearly 28 million people online, inviting them to experience the worlds of science, history, nature and public affairs; to hear diverse viewpoints; and to take front row seats to world-class drama and performances. PBS’ broad array of programs has been consistently honored by the industry’s most coveted award competitions. Teachers of children from pre-K through 12th grade turn to PBS for digital content and services that help bring classroom lessons to life. PBS’ premier children’s TV programming and its website, pbskids.org, are parents’ and teachers’ most trusted partners in inspiring and nurturing curiosity and love of learning in children. More information about PBS is available at www.pbs.org, one of the leading dot-org websites on the Internet, or by following PBS on Twitter, Facebook or through our apps for mobile devices. Specific program information and updates for press are available at pbs.org/pressroom or by following PBS Pressroom on Twitter. 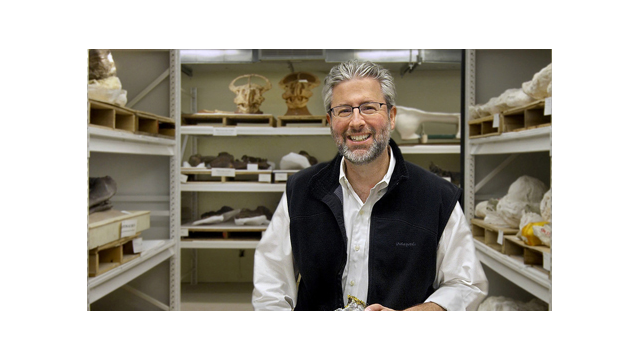