Every four years, FRONTLINE tells a dual biography of the two presidential candidates that will step back and look beyond the heated political rhetoric, taking measure of the two individuals and the events that have shaped their lives and values.

LATINO VOTE: DISPATCHES FROM THE BATTLEGROUND

Get an inside look at the high-stakes effort to get out the Latino vote in this year’s election. Political candidates are focused on maximizing turnout and support from Latinos, poised to be the largest non-white voting bloc.

In Detroit, rural Ohio and Illinois, three women take on entrenched political systems in an effort to reshape local politics. Follow their journeys on and off the campaign trail and see how female candidates of color from different Midwest communities, support systems and political parties demonstrate that even in local politics, the stakes are high.

Join PBS NEWSHOUR for special coverage of the 2020 Presidential Election.

Experience Shakespeare’s classic as a ballet from choreographer Kenneth MacMillan performed by dancers from The Royal Ballet set to a score by Russian composer Sergei Prokofiev and filmed on atmospheric sets and locations throughout Budapest.

Take a voyage of musical discovery with virtuoso violinist Scott Yoo, Chief Conductor and Artistic Director of the Mexico City Philharmonic. Each episode reveals how some of the greatest classical music ever written came to be. Season 2 features the compositions of Haydn, Schubert and Mozart.

Celebrate the recipients of the annual Hispanic Heritage Awards. The evening includes appearances by some of the country's most celebrated Hispanic artists and visionaries. Honorees will be announced later.

Explore how people in different age groups see themselves and their place in America. Through self-shot video, they share common experiences that bind age groups together and generational differences that put them at odds with one another.

Travel through the history of the iconic musical exploring its reach across time and cultures featuring appearances by composer and lyricist Jerry Bock and Sheldon Harnick as well as famous fans including Lin-Manuel Miranda, Topol and more.

Enjoy a concert from the Sydney Opera House performed by the internationally acclaimed singer and the Sydney Symphony Orchestra featuring selections from her Broadway career, as well as hits from the animated movie blockbusters “Aladdin” and “Mulan.”

Follow the remarkable story of an Ozarks farm woman who, at 65, turned her childhood into the best-selling Little House series. This portrait dives into the life, times and controversial legacy of this pioneer woman.

FLESH AND BLOOD ON MASTERPIECE

The lives of three siblings (Claudie Blakley, Russell Tovey, Lydia Leonard) are disrupted when their recently widowed mother (Francesca Annis) declares she's in love with a new man (Stephen Rea). The older woman's budding romance provokes suspicion among her adult children and their inquisitive next-door neighbor (Imelda Staunton), and a detective (David Bamber) investigates whether an unfortunate incident was an accident or a heinous crime.

Follow the British Prime Minister and his Cabinet Office Briefing Room A (COBRA) committee, comprised of leading contingency planners and senior politicians, as they navigate the difficulties in overcoming a major national crisis.

THE TROUBLE WITH MAGGIE COLE

See what happens when idle gossip escalates out of control and starts to affect people’s lives. Set in a picturesque fishing village, the series centers on Maggie Cole (Dawn French), the self-appointed oracle of this close-knit community.

Ambition knows no bounds, nor does corruption in a political thriller written by David Hare and starring Hugh Laurie as a scheming U.K. government minister. Crime may not pay, but politics sure does.

The experience of child poverty in America, against the backdrop of the COVID outbreak, increasing racial tensions and a polarizing election. Set in Ohio, the film follows children and their families navigating issues of poverty, homelessness, and race amid the new challenges of the pandemic.

In the wake of the killing of George Floyd in Minneapolis, an examination of race and policing in America and the long struggle to hold departments accountable. Building on the 2016 FRONTLINE “Policing the Police,” historian and New Yorker writer Jelani Cobb delves into the Trump administration’s rollback of police oversight, the ongoing obstacles and prospects when it comes to police reform, and changes in one particularly troubled department.

Travel to Texas where immigrant construction workers are seeking justice and equality in an industry rife with exploitation.  Across the state, there’s an unprecedented building boom, fueled by Latino laborers with little or no rights.

An investigation into how the U.S. was left scrambling and desperate for critical medical equipment as the coronavirus swept the country.

Follow artist Matt Furie, creator of the comic character Pepe the Frog, as he begins an uphill battle to take back his iconic cartoon image from those who use it for their own purposes.

Follow the last five years of the women’s movement and its re-energized, intersectional fight for equality. Activists, journalists, entertainers, athletes and politicians report from the frontlines of the feminist tidal wave.

MONSTRUM: THE HISTORY OF ZOMBIES (w.t.)

Just in time for Halloween, MONSTRUM is a primetime broadcast adaptation of the popular PBS Digital Studios YouTube channel of the same name. Examine humans' unique drive to create and shape monster mythology through oral storytelling, literature and film, and dig deep into the history of those mythologies, just in time for Halloween.

SECRETS OF THE DEAD “Abandoning the Titanic”

Join a team of investigators as they search for the identity of the captain of a “mystery ship” that turned away from the “unsinkable” Titanic in its darkest hour, abandoning thousands of lives to the icy waters and their deaths.

RISE OF THE NAZIS

See how Adolf Hitler and the Nazis rise to power. In 1930, Germany is a liberal democracy. Just four years later, democracy is dead, Germany’s leader is a dictator and the government is in the hands of the Nazis.

Travel across the U.S. with Jonathan Scott, of HGTV’s “Property Brothers,” to explore the production of energy, something we take for granted but is crucial to everyday living. Jonathan speaks to senators, coal miners, solar panel installers and everyone in between to learn the obstacles and opportunities for achieving energy freedom.

Pack your bags for a rare inside look at the monarchy’s luxurious private planes and trains. Climb on board the “palace on wheels” and take to the skies for the five-star opulence of the Queen’s Flight.

Our DNA can determine attributes from eye color to medical predispositions. An extraordinary technology called CRISPR allows us to edit human DNA, possibly eliminating genetic diseases or choosing our children’s features. But how far should we go?

Journey to three of the most exotic, mysterious and remote islands on the planet: Madagascar, Borneo and Hawaii. Isolated from the rest of the world, they harbor remarkable wildlife and pioneering human communities found nowhere else on Earth.

THE AGE OF NATURE

Explore humanity’s relationship with nature and wildlife, as scientists and conservationists from all over the world examine ways we can restore our planet. This documentary series asks whether newfound awareness of nature could bring about a new chapter in the human story.

Meet the people rescuing and caring for the animal survivors of Australia’s devastating bushfires. Iconic species like koalas, kangaroos and wombats face a series of hurdles to recover from their trauma.

Get to know the many species of primates, from the popular chimpanzee and gorilla, to the more obscure species like the snub-nosed monkey, the slow loris, the tarsier and much more.

Get an intimate look into life in Lapland, fabled land of Santa Claus and actual home of tenacious wildlife such as reindeer, wolverines, Brown bears and more.

When the Notre Dame cathedral caught fire in April 2019, Paris came perilously close to losing over 800 years of history. As engineers rebuild, researchers use cutting-edge technology to piece together what happened and restore the cathedral.

For more information on PBS’s fall programming, visit PBS.org. Viewers are also encouraged to engage in online conversation by tagging @PBS on Facebook, Twitter and Instagram.

PBS, with more than 330 member stations, offers all Americans the opportunity to explore new ideas and new worlds through television and digital content. Each month, PBS reaches over 126 million people through television and 26 million people online, inviting them to experience the worlds of science, history, nature and public affairs; to hear diverse viewpoints; and to take front row seats to world-class drama and performances. PBS’ broad array of programs has been consistently honored by the industry’s most coveted award competitions. Teachers of children from pre-K through 12th grade turn to PBS for digital content and services that help bring classroom lessons to life. Decades of research confirms that PBS’ premier children’s media service, PBS KIDS, helps children build critical literacy, math and social-emotional skills, enabling them to find success in school and life. Delivered through member stations, PBS KIDS offers high-quality educational content on TV – including a 24/7 channel, online at pbskids.org, via an array of mobile apps and in communities across America. More information about PBS is available at www.pbs.org, one of the leading dot-org websites on the internet, or by following PBS on Twitter, Facebook or through our apps for mobile and connected devices. Specific program information and updates for press are available at pbs.org/pressroom or by following PBS Pressroom on Twitter. 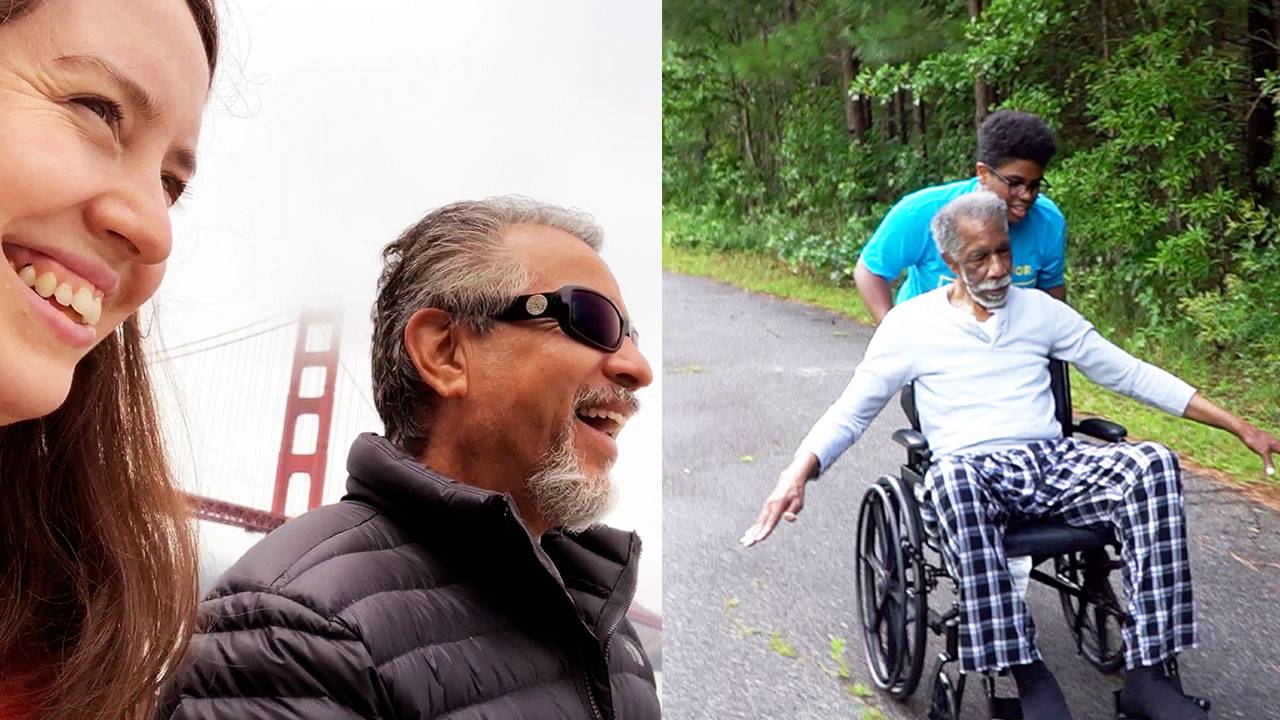