ARLINGTON, VA, October 2, 2014 – On Monday, October 27, CURIOUS GEORGE: A Halloween Boo Fest returns to PBS KIDS, kicking off season 9 with a week of new episodes from the popular series (check local listings). New adventures with CURIOUS GEORGE debut on PBS KIDS October 28-30; one of them features an original song performed by Belinda Carlisle. The week of Halloween will also feature Halloween-themed episodes from other PBS KIDS shows, including an encore play of CURIOUS GEORGE: A Halloween Boo Fest on October 31 (check local listings).

“Each year, Halloween is a highly anticipated and fun time for children around the country,” said Linda Simensky, Vice President, Children’s Programming, PBS. “PBS KIDS is excited to mark this festive time of year with a one-hour special and new episodes from CURIOUS GEORGE – the number-one show among households, kids 2-5, kids 2-11 and moms.*”

New episodes of CURIOUS GEORGE kick off on October 28 with the premiere of “Submonkey,” an underwater adventure that includes the song “Down, Down, Down,” performed by Belinda Carlisle.** “I’ve always loved Curious George and I loved singing this song,” said Carlisle. “The lyrics are genius and make me smile. I’m honored to be part of the series.”

“Season 9’s theme is the five senses, and what better way to kick it off than Halloween?” said Senior Vice President of Animation Production, Ellen Cockrill. “Kids’ senses are so heightened during this time special time in fall. We hope our new episodes inspire kids to use their senses to explore their world and deepen their understanding of science, math and engineering – just as George does.”

During Halloween week, PBS KIDS will be the go-to destination for all things costumes, pumpkins and spooky stories. CURIOUS GEORGE: A Halloween Boo Fest celebrates curiosity, friendship and trying new things, all while providing safe and family-friendly holiday entertainment. Throughout the week, PBS KIDS will also feature other Halloween programming, including a new episode from DINOSAUR TRAIN debuting on Monday, October 27, and encore presentations of themed episodes from DANIEL TIGER’S NEIGHBORHOOD, WILD KRATTS, THOMAS & FRIENDS and more.

On pbskids.org, kids can watch Halloween-themed clips and full episodes and can play festive games, including CURIOUS GEORGE’s “Pumpkin Boo.” Halloween videos will also be available on the PBS KIDS Video App and on PBS KIDS on Apple TV, Roku, Amazon Fire and Chromecast.

Airs Monday, October 27 and Friday, October 31
It’s George’s first Halloween in the country, and Bill tells him and Allie about the “Legend of No Noggin” – a spooky tale about a hat-kicking scarecrow who haunts the countryside on Halloween. But is the legend real? George and Allie are determined to find out by taking a picture of No Noggin in hat-kicking action. But first, George needs to figure out what he’s going to be for Halloween so he can win the costume contest at the town Boo Festival and give the prize to the Man with the Yellow Hat. Will George be able to put together the perfect costume and find out the truth about No Noggin? Only the curious will find out!

“Submonkey/Double-Oh-Monkey Tracks Trouble”
Premieres Tuesday, October 28
“Submonkey” - When Professor Pizza’s birthday present is dragged away by a strong ocean current, George volunteers to take an undersea adventure in a monkey-sized submarine to retrieve it. Can the curious little monkey locate a small package at the bottom of the ocean or will Pizza’s present be forever lost at sea?
“Double-Oh-Monkey Tracks Trouble” - Double-Oh-Monkey takes on his most important case yet – to prevent Steve’s well-intentioned (but always disastrous) “good luck present” from ruining Betsy’s dance recital! Using his super spy skills and all five of his senses, George tracks down Steve and discovers…a bucket of wet paint?! Can George warn Betsy in time? Or will her dance recital get a splash of color?

“Monkey Goes Batty/Curious George and the Balloon Hound”
Premieres Wednesday, October 29
“Monkey Goes Batty” - A hole in the roof means George and the Man with the Yellow Hat must sleep in the living room while their bedrooms are being repaired. But their adventure quickly turns into a disaster when George’s nightly trips to the kitchen keep the Man with the Yellow Hat awake at night. Can George figure out a way to quietly find his way to the refrigerator in the dark?
“Curious George and the Balloon Hound” - George and Hundley are amazed by all the flying machines at the museum’s aviation exhibit. So when Hundley’s souvenir airship flies out of reach in the lobby, he dreams he is British flying ace, Leftenant Doxie. Joined by the daring flyboy Chuck Monkey, the dynamic duo uses propeller power as they race towards the finish line. When Hundley awakens from his dream, he has a few new ideas on how to get his ceiling-bound toy within reach.

“George’s Photo Finish/Monkey Mystery Gift”
Premieres Thursday, October 30
“George’s Photo Finish” - Today is the big unveiling of the Ankylosaurus dinosaur skeleton at the museum, but it's missing a leg! George and the Man with the Yellow Hat thought they delivered all four bones. Where did the fourth bone go? Fortunately, Mr. Quint took pictures on their way to the museum. Maybe the photos can lead them to the bone…if they can only figure out which order to put them in.
“Monkey Mystery Gift” - George and Allie’s imaginations run wild as they brainstorm what could be in the large unmarked box on George’s doorstep. Based on its weight, sound, smell and bristly hair, they’re certain it’s a baby goat! But what’s really inside surprises them more than anything they could ever have imagined.

About the CURIOUS GEORGE Television Series
CURIOUS GEORGE the television series is designed to inspire kids to explore science, math and engineering in the world around them in a fun and entertaining way. Based on the best-selling Curious George books by Margret and H.A. Rey, the daily series on PBS KIDS expands George’s world to include a host of colorful characters and original locales, while maintaining the charm of the beloved books. Each half-hour episode includes two animated stories followed by short live-action pieces showing real kids who are investigating the ideas that George introduces in his stories. The series encourages inquiry and curiosity, promotes hands-on exploration, and shows parents and caregivers how to support children’s science and math-related play.

Imagine Entertainment was founded in 1986 by Ron Howard and Brian Grazer to create movies, television and other original programming. Since its inception, Imagine Entertainment has been honored with more than 60 prestigious awards, including 10 Academy Awards and 37 Emmys. Their past productions include the Academy Award-winning films A Beautiful Mind, 8 Mile, Apollo 13 in addition to The Da Vinci Code, and Curious George, and the Emmy and Golden-Globe-winning television series 24 and Arrested Development. Imagine Entertainment has a longstanding production/distribution agreement with Universal Pictures.

About WGBH
WGBH Boston is America's preeminent public broadcaster and the largest producer of PBS content for TV and the Web, including Masterpiece, Antiques Roadshow, Frontline, Nova, American Experience, Arthur, Curious George, and more than a dozen other primetime, lifestyle and children's series. WGBH’s television channels include WGBH 2, WGBH 44, and the digital channels World and Create. WGBH TV productions focusing on the region's diverse community include Greater Boston, Basic Black, High School Quiz Show and Neighborhood Kitchens. WGBH Radio serves listeners across New England with 89.7 WGBH Boston Public Radio; 99.5 WCRB; and WCAI, the Cape and Islands NPR® Station. WGBH also is a major source of programs for public radio (among them, PRI’s The World®), a leader in educational multimedia (including PBS LearningMedia™, providing the nation’s educators with free, curriculum-based digital content), and a pioneer in technologies and services that make media accessible to deaf, hard-of-hearing, blind and visually impaired audiences. WGBH has been recognized with hundreds of honors: Emmys, Peabodys, duPont-Columbia Awards and Oscars. Find more information at wgbh.org.

About Universal 1440 Entertainment, LLC
The Universal 1440 Entertainment banner develops and produces live-action and animated productions directly for distribution in all media worldwide. Since its formation in 2005, the group has assembled an exceptional roster of animated family fare, including the brand-new animated feature-length film The Little Engine That Could; the Daytime Emmy®-winning Curious George television series on PBS KIDS; and a string of hit Barbie movies, based on the world-renowned Mattel-branded doll. The group also has successfully built upon some of Universal’s highly celebrated live-action franchises, most recently launching the Tony Award®-nominated hit touring stage production Bring It On: The Musical; the adrenaline-fueled actioner Death Race 3: Inferno; and the latest in the terrifying suspense saga Curse of Chucky. Projects currently readying for release include Scorpion King 4: Quest for Power and the newest installments of the beloved family franchises, Beethoven and The Land Before Time.

CG: ® & © 2014 Universal Studios and/or HMH. All Rights Reserved. The PBS KIDS logo is a registered mark of PBS and is used with permission. FOR PROMOTIONAL USE ONLY.

**Music and Lyrics by Nick Nolan 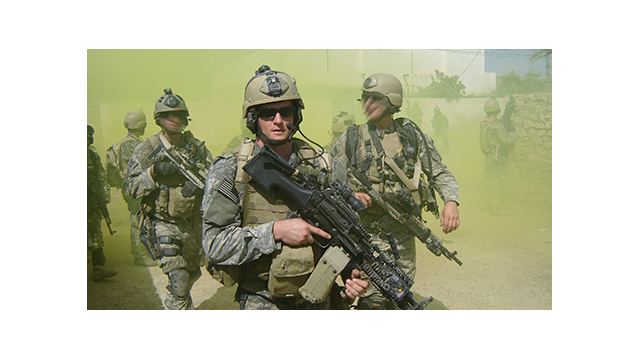